What is a concussion? 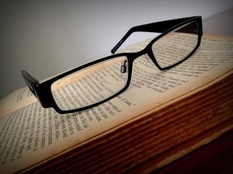 Although there may be cuts or ﻿What is a concussion?  A concussion is an invisible brain injury caused by either a direct or indirect blow to the head face, neck or body resulting in a sudden shaking of the brain inside the head ﻿(Dr. Charles Tator, Professor of Neurosurgery University of Toronto) ﻿

Although there may be cuts or bruises on the head or face, there may be no other visible signs of a brain injury.  You don't have to pass out (lose consciousness) to have a concussion.  Some people will have obvious symptoms of a concussion, such as passing out or forgetting what happened right before the injury.  But other people won't.  With rest, most people fully recover from a concussion.  Some people recover within a few hours.  Other people take a few weeks to recover.

In rare cases, concussions cause more serious problems.  Repeated concussions or a severe concussion may require surgery or lead to ﻿long-lasting problems with movement, learning, or speaking.  Because of the small chance of permanent brain problems, it is important to contact a doctor if you or someone you know has symptoms of a concussion.

WHat causes a concussion?

What causes a concussion?  Your brain is a soft organ that is surrounded by spinal fluid and protected by your hard skull.  Normally, the fluid around your brain acts like a cushion that keeps your brain from banging into your skull.  But if your head or your body is hit hard, your brain can crash into your skull and be injured.

There are many ways to get a concussion.  Some common ways include fights, falls, ﻿playground﻿ injuries, car crashes, and bike accidents. Concussions can also happen while participating in any sport or activity such as football, boxing, hockey, soccer, skiing, or snowboarding.

What are the Symptoms of a Concussion?

What are the symptoms?  It is not always easy to know if someone has a concussion.  You don't have to pass out (lose consciousness) to have a concussion.